The Pope's Visit One Year Later 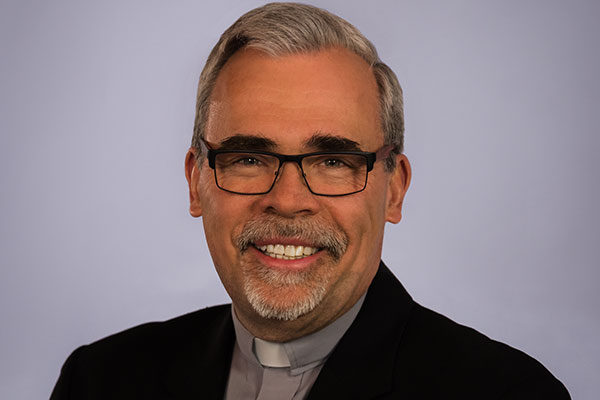 Now one year after the event and people are apparently still feeling the spiritual effects of Pope Francis’ visit to the United States. Certainly the enthusiasm of the local visit here in Philadelphia, the daily news coverage and the excitement of pope sightings and events has all but disappeared, yet many people still cling to the memories of the visit and the effect it had upon them as individuals, whether Catholic or not.

Being one such person, as a Catholic deacon, I had the honor and privilege to humbly assist at the Papal Mass on the Benjamin Franklin Parkway in Philadelphia along with hundreds of my fellow deacons. We distributed the Eucharist to the massive crowds assembled there.

Two such memories stand out from that day and still bring a certain joy when I recall them. The first was in the up close encounter with Pope Francis, being within 10 feet of the Holy Father, as he visited the prayer ribbon grotto at the Basilica of Saints Peter and Paul. It was an awesome experience to see him that close, make eye contact, and have him offer his simple gesture of blessing. A moment in time that will forever impact my faith.

The second memorable experience was the distribution of the Eucharist on the Parkway. Never have I seen such enthusiasm among the faithful for Holy Communion as I experienced that day. From the hundreds that I encountered, I could feel their love and zeal as they clamored and reverently reached for the Body of Christ, embracing that sacred moment in a most ordinary place as a street in downtown Philadelphia. We Catholics call it “Communion” because we are all united in the Body of Christ. That day, one could feel the unity as they also felt a “oneness” with Pope Francis as the Vicar of Christ on Earth.

In my parish, I continue to feel the ongoing effects of his visit in the conversation among the parishioners as they strive to serve the Lord. His visit seems to live on in their hearts as they feel even more connected to his words since his visit to our region. The “Francis Effect,” as it is fondly called, remains high and I believe it is having a positive profound impact on the life of the church and its’ members. They recognize in Pope Francis a man who speaks from his heart and speaks to the heart of Catholicism. A man who brings theology and religion into the words and actions of Jesus himself. A man who shows us how to live the mercy and compassion of Jesus as we are called to be one in “loving God and loving our neighbor.”

The papal visit was and still is a point in time that made the “Francis Effect” grow ever deeper in this region. More are being called into the service of the church, either as lay persons, religious sisters or ordained deacons and priests. The pope’s visit has sparked a flame of faith that continues to burn brightly in South Jersey and throughout the Delaware Valley. His message of what it means to be a person of faith has resonated well among the people and will bear much fruit in the years to come.